In 1973,  about 1,500 residents of the Greater Vancouver Regional District (GVRD) were surveyed about their attitudes toward a range of economic, social, mobility and lifestyle issues.  Their responses informed the creation of the Livable Region Program.

Seventeen years later, a team of researchers led for the second time by UBC professor, Dr. Walter G. Hardwick, revisited the Urban Futures Project and conducted a new survey.  The 1990 Urban Futures Survey was prepared for the GVRD “Choosing our Future” program and involved 1,053 face-to-face and 238 telephone interviews.

Twenty-one years later, the 2012 Urban Futures Survey is the third iteration of this program. While the earlier surveys were conducted in person and via telephone, the 2012 survey was conducted online, utilizing PlaceSpeak, a location-based public consultation platform developed by the late Dr. Hardwick’s daughter, Colleen Harwick (Nystedt).  This  innovation enabled access to a large sample size of spatially stratified household respondents, with greater speed and at a lower cost.

The Urban Futures Survey was designed to find long-term trends in the relative importance of a number of community and regional issues.  The survey helps to show areas of public concern where greater attention was required, as well as those areas where the public feels issues are being adequately handled. It also helps to show what kinds of actions the public would support on critical issues. 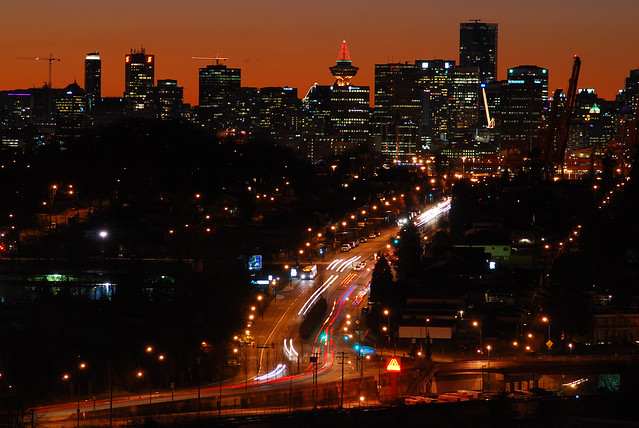 The 2012 survey was organized under the major headings developed in the Choosing our Future Process with an update to reflect the recent Metro Vancouver Regional Growth Strategy.

The 2012 survey extends information on gender differences, on geographic variability, and on the implications of age an education in responses through its longitudinal dataset. The unique mapping ability of PlaceSpeak presents the variations in response across the region. The 2012 iteration includes 27 control questions from each of these areas, as well as 54 updates, and the addition of  brand new questions related to the economy and technology.  These questions are in the form of order ranking and 5-point Likert scale as well as providing for open-ended answers.

The 1990 Survey, as part of the larger “Choosing our Future” program, helped to bring about many changes to policy including the establishment of a municipal hazardous waste disposal programs and the creation of the local “Green Zone”. The 2012 Survey will inform our understanding of the future needs of the Vancouver Metropolitan Region.

The 2012 Urban Futures Survey was conducted under the aegis of Lambda Alpha International, the Society of Urban Land Economists, with the support of the Real Estate Foundation of British Columbia, the City of Vancouver, the City of Surrey and the City of North Vancouver, Translink and Vancity Credit Union.