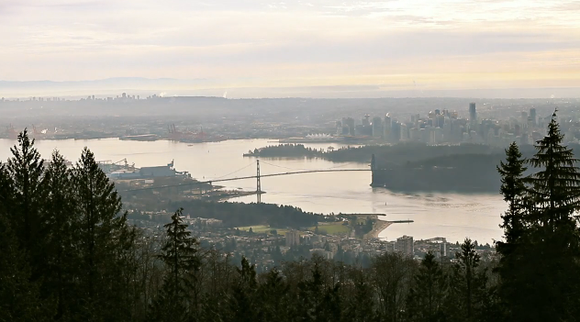 Metro Vancouver residents have a new way to make their voices heard on issues such as the revitalization of local town centres through the 2012 Greater Vancouver Urban Futures Opinion Survey, the online version of a historic survey that has been instrumental in shaping the way the lower mainland municipalities have managed growth.

This is the third chapter of the survey, which was first conducted in 1973. It helped set Vancouver’s on its path toward environmental protection, planning, protection of open space and a transit-oriented transportation system.

“That first Urban Futures Survey gave us as decision-makers the confidence to pursue policies that might have otherwise been dismissed as impractical, Utopian or too costly,” said former Vancouver mayor and former BC premier Mike Harcourt.

In 1990, the survey was updated. Once again, concerns over air and water pollution topped the list. Policy makers responded with AirCare, upgrades to wastewater treatment plants, and a doubling of our region’s park land.

Just as the Urban Futures Survey guided the past development of our region, so it will in the future. The 2012 survey is being conducted online through PlaceSpeak, a new online public consultation platform being developed here in Vancouver, and includes all Metro municipalities, from West Vancouver to White Rock.

So far, residents of Vancouver, New Westminster, the District of North Vancouver and Bowen Island have been active, while a number of other municipalities, including Surrey, Burnaby and Langley have yet to make their presence felt.

To take the survey, Metro Vancouver residents must first verify their home address by registering with PlaceSpeak. The survey takes about 22 minutes to complete and can be found at www.placespeak.com/urbanfuturessurvey.com

The Urban Futures Survey is being conducted with the sponsorship of Lambda Alpha International, Vancouver Chapter and the support of the Real Estate Foundation of British Columbia, the City of Vancouver, the City of Surrey, the City of North Vancouver, Translink, and Vancity Credit Union.