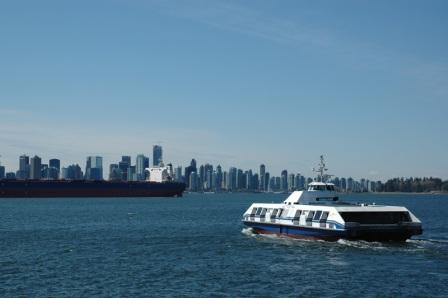 Politicians, planners and policy makers can now be informed by forty years of comparative data on the changing attitudes of residents in the Metro Vancouver region thanks to the release today of the results of the 2012 Urban Futures Survey. The Technical Report results can be downloaded here (pdf | 3.6 MB).

This is the third in a series of geographically specific research studies that measures a number of issues important to residents across the Lower Mainland. Previous surveys conducted in 1973 and 1990 informed the Livable Region Plan and the Choosing our Future program. The 2012 survey updates and enhances the information available about public attitudes and experiences of the population over three points in time.

“I am not aware of any other urban region that has an extensive body of comparable information such as this available to aid the decision-making process.” says Ken Cameron, former Manager of Policy and Planning for the GVRD (Metro Vancouver). Cameron was involved in the 1990 survey as well as the 2012 version. “The Vancouver region’s success in becoming one of the most livable regions in the world was accomplished through concerted efforts of regional and local governments over many years, decades, in fact.” he said. “It is invaluable to have comparable data spanning nearly 40 years that can tell us what has changed—and not changed—in public opinion as the region has grown. The earlier surveys had an important impact on transportation and environmental policies, and the 2012 survey will undoubtedly offer a rich resource of information to planners and policy makers looking to the future”.

A unique aspect of the Technical Report is the comparison it provides with the results of earlier surveys. For example, provision of health care ranked 3rd in 1990 and 9th in 1973, while air pollution from industry was the top concern in both earlier surveys. This reflects the concerted action by government to improve air quality in the intervening years. Similarly, while preserving the natural environment was the most important priority for action in the earlier surveys, by 2012 it had dropped to 4th place, a result that could be attributed to efforts by government to improve water quality through upgraded waste water treatment, to give priority to solid waste reduction and recycling and to protect the region’s working landscape through creating the Green Zone.

“My entire life of experience in politics and community engagement has taught me that government works best when it responds to issues that are important to people,” said Mike Harcourt, former Mayor of Vancouver, former premier of British Columbia and chair of PlaceSpeak. “The 2012 Urban Futures Survey is a goldmine of information to help policy makers develop deep knowledge of the things that are important to residents of Metro Vancouver and to prepare appropriate responses.”

About the Urban Futures Survey

The two earlier surveys were conducted by UBC professor, Dr. Walter G. Hardwick, through face-to-face and telephone interviews. This latest survey, led by Dr. Hardwick’s daughter, was conducted online using PlaceSpeak. “PlaceSpeak was developed to conduct location-specific research on the internet”, observed founder, Colleen Hardwick. “It would have been prohibitively expensive and time-consuming to conduct 1,500 interviews using the methods we employed in 1972 and 1990 so we needed to build a tool that would enable verifiable online place-based feedback.”

The survey results are being released in dynamic geoweb form according to the following schedule:

The survey was made possible with a grant from the Real Estate Foundation of British Columbia, the City of Vancouver, the City of Surrey, the City of North Vancouver, Translink, and Vancity and conducted under the aegis of Lambda Alpha International, Vancouver Chapter.