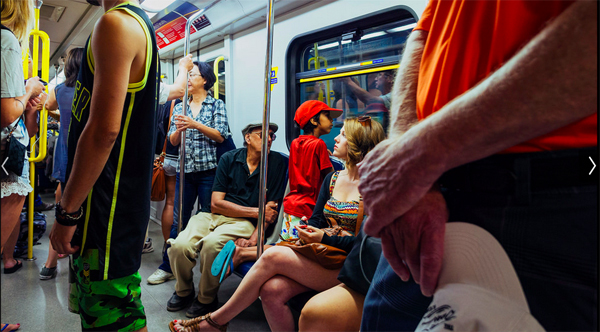 Here are some excerpts from a recent opinion post posted in the Tyee. It was written by PlaceSpeak board member, Ken Cameron, based on the results of the 2012 Greater Vancouver Urban Futures Opinion Survey.

For more than five years, the Mayors’ Council has been seeking new transportation revenue sources, so a referendum is almost a certainty. This raises two questions: What kind of transportation do the region’s residents want? And how would they like to pay for it?

Some interesting information on these two questions is to be found in the results of the Urban Futures Survey 2012, an in-depth probe of the views of the region’s residents on a wide range of livability subjects conducted by PlaceSpeak, a Vancouver-based social enterprise.

It will come as no surprise that the region’s residents see transportation as one of the most important challenges we face. “Traffic congestion” rated second only to “Provision of health care,” surpassing “Increasing housing supply” and “Homelessness.”

It is open to question whether this is a real or perceived problem, in that fewer than half of the respondents (44 per cent) agree with the statement that “I frequently experience severe traffic congestion.” Perhaps the Chinese water torture of traffic reports every 10 minutes on the radio or the all-day traffic station has finally convinced us that we have a congestion problem. In any event, from the perspective of framing a referendum question, perception is reality and congestion is top of mind.

More surprising is the overwhelming view that “Expanding the public transit system” is the way to respond to congestion. In a list of 11 policy issues presented in the 2012 survey, this had the highest level of agreement, well above “Improving highway transportation,” which ranked ninth. Clearly, the residents of the region reject the idea of easing congestion by building more roads.

The policy issue that garnered the second-highest level of agreement was: “The first task of improving transportation in Metro Vancouver is to make better use of existing transit facilities.” This is important to the atmosphere that TransLink must create in the period leading up to the referendum.

You can read the full article on the Tyee website.